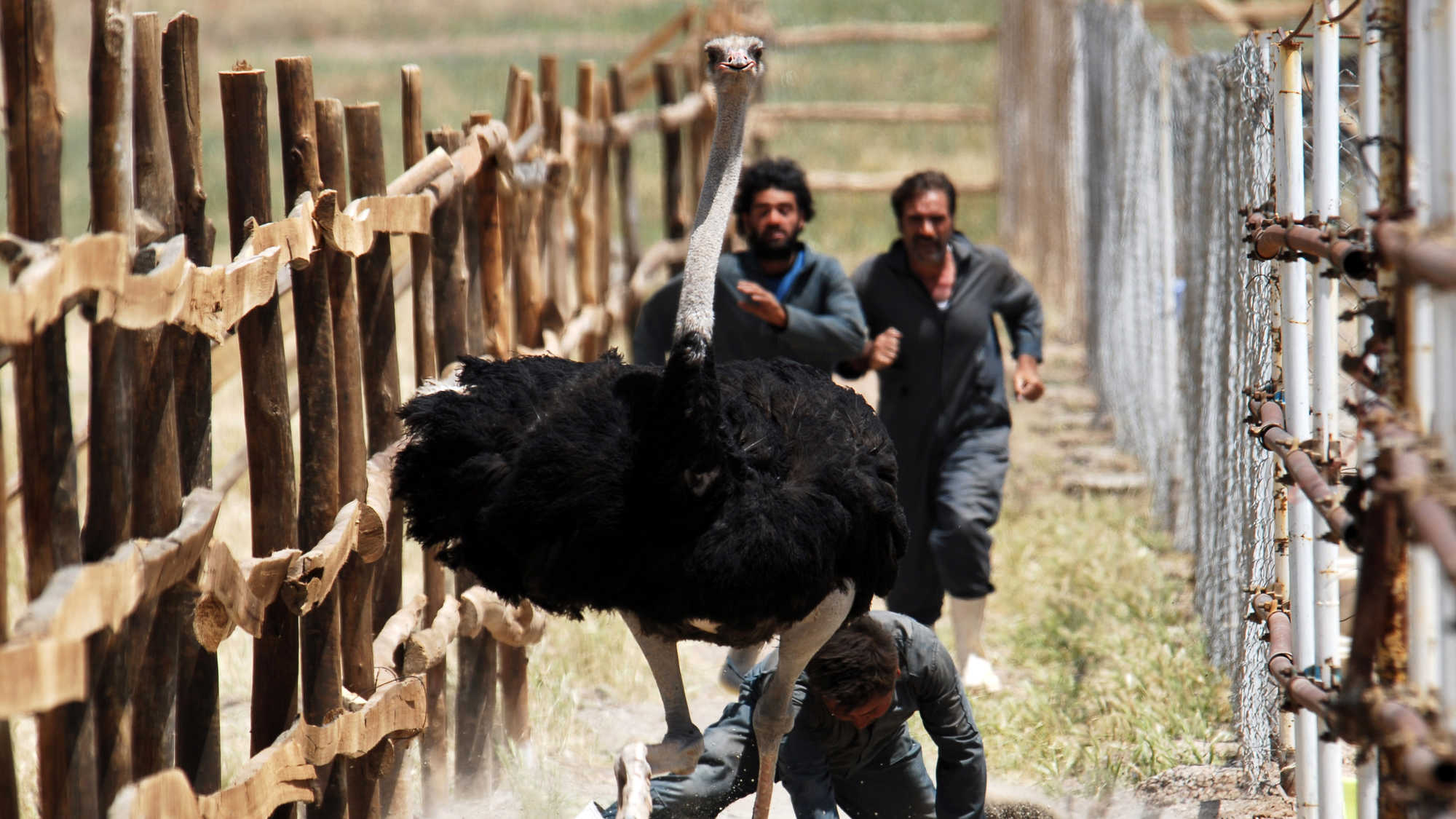 Avaze gonjeshk-ha is a lovely Iranian film by Majid Majidi. As well as Persian and Azerbaijani, you might also hear some Turkish phrases as the setting is nearby the border and the landscape shots reveal how remote the village is. The film has an authentic approach to the commonly held conflict between the moral rural and the virtueless urban.

Karim (Mohammad Amir Naji) is a decent, kind man whom we fully identify with as a character. He is very loving and giving towards his family and neighbors, as the egg scene reveals when he shares it with the village. A downturn of events is signalled when he can’t break it properly. He is introduced to fast-paced Tehran where he goes to repair his daughter’s hearing aid. The film follows how his generous nature transforms and values are challenged as he begins to earn money in the city after losing his job because of a small mistake.

The storyline mainly follows his hesitations and moral conflicts rather than a sharp demoralization process. As is hinted when he becomes an ostrich to find the ostrich; he will turn into a townsman to get ahead in the city. There is good and bad in everyone and everywhere, thus Tehran is not full of solely dishonorable people. There is a clash between moral and dishonest in the big city, where materialism is highlighted when all the passengers carry some big stuff.

There is a very symbolic change in Karim when his shirt is ruined of carrying furnitures to a house. It is significant that they don’t have any of those stuff at their home, and yet Nargess says they don’t need them anyway. He takes his torn shirt off and is pleased when he wears the house owner’s shirt.

The city’s garbage becomes the most valuable item in the village: the antenna. Thus Karim turns into an opportunistic man when he figures he can sell old wreck to earn money. He becomes so greedy that takes the old door back from his neighbor at the expense of hurting his wife, and carries it across barren fields. He simply fails to bring himself to give money to the little girl on the street.

Finally, the whole matter with Tehran literally falls on him. He becomes physically immobile and useless to bring money to home. They pray for him even though he is not dead. They also cut his new shirt off.

There is a strong message in the film which we should get as the viewer, even if Karim doesn’t. Remember how his customer pays double the money by mistake, and Karim buys more plums with the ill-gotten money. Half of the plums fall off the motorcycle, but the family still enjoys the rest. The idea here is that a person cannot enjoy the unearned gain, and the lawfully earned portion is more than enough. The same happens with the fish at the end: what doesn’t belong to the village cannot get in.

Within the film, Karim keeps facing what we may call an instant karma. If he does good, he is rewarded immediately; if he is corrupted, he messes up. Things go back on track only after Karim donates the same amount of the unearned money. It is the same with the fridge: After seeing the ostriches (probably because it reminds him of his old satiated self), he decides not to sell it and gives it back. Following this, he is rewarded when the employer tells that there is always job for the trustworthy man. Notice that the barren fields he carries the door through turns green after his moral conversion.

Remember that the children in a film generally symbolizes the future and the hope for the upcoming generation. The fact that the children’s efforts are rewarded in the film gives an optimistic projection towards the future. Karim’s children and their friends are giving, hardworking, cooperative, and they even help with the domestic economy. It was significant in the scene where the children were selling flowers in contrast to Karim beating. While he was getting “polluted” in Tehran, the children were making their pure dreams come true by cleaning the water tank and providing the sparrow a clean nest.

The children’s dream too, was to become a millionaire. Their dreams sadly collapse after all the fish scatter on the street. After acknowledging they lost the fish, they throw them into the running water and at least save their lives. When all the kids were devastated after their dreams are crashed, Karim sings them a song: Transitory Life (Yalan Dünya). What happens in this world is not important; what matters is to live honest and ethic.

The demoralization of a character, as in Bicycle Thieves, is for sure not a new concept in cinema, but I believe Majid Majidi conveyed it beautifully. The Song of Sparrows has a similar vibe to Vizontele, too. You might also remember from Miracle in Milan the concept of bad things happening to good people and them singing and smiling no matter what.

A final note: there is a goof in the film; the runaway ostrich is in fact male, thus cannot lay those eggs found in the field. The final scene is of a typical mating performance for the male bird that almost looks as if it is mocking Karim.