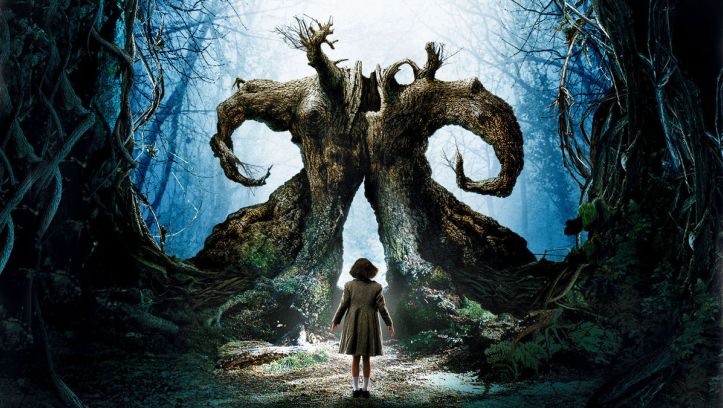 Directed by Guillermo del Toro, Pan’s Labyrinth (El laberinto del fauno) takes place in the falangist Spain of 1944. The political climate shows parallelism with Ofelia’s (Ivana Baquero) life after she moves in with her stepfather who is a tyrannical military officer. Ofelia’s imagination, where she finds hope, becomes her escape way from all the cruelty.

The film is rich with symbolism and we watch it through a child’s perspective; that’s why we follow a fairytale in the real world setting. Ofelia is an introvert child, who tries to see the unpleasant events from a magical point of view. She doesn’t want her life to be this way, so she escapes towards her inner world. We see her real life and her fantasy world simultaneously, and we accept both without questioning what actually happened and what was simply dreamed.

What I love about such cinematic expressions is that the lines between fantasy and reality begin to blur, and magic can find itself a place in the filmic reality as it is. 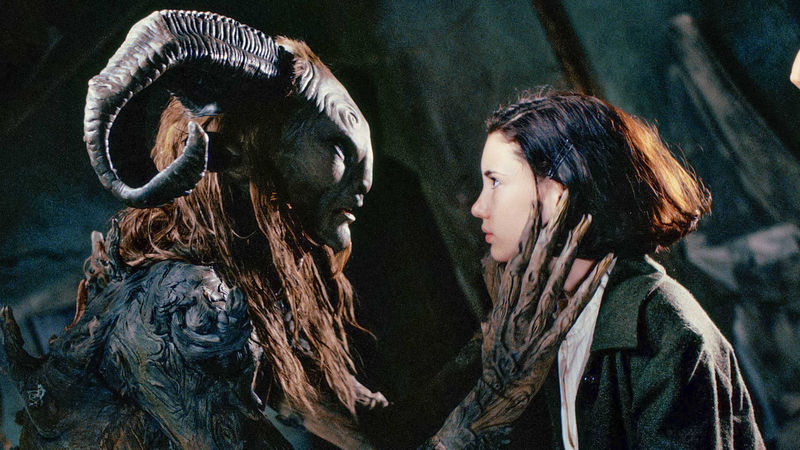 The villain in Ofelia’s fairytale is Vidal. He is a tough military officer against Franco’s resisters, and is an evil character in every way. In the film, he stands for destruction, domination, cruelty a.k.a the “new world system”. Ofelia’s fight is mainly against him and everything he represents. There is a clash of the good and the bad; and childishly all the characters are single sided, meaning every good is purely angelic and every bad is rotten to bone.

During the mighty war between good and evil, we symbolically see an aggressive masculinity against the nurturing femininity. In the film, the feminine stands for what is good, and the masculine is evil. Femininity is associated with nature; it’s creating, giving, setting free instead of imprisoning. The masculine dominates everything and simply ruins them all, if does not eat.

We can seek out some more symbolism here. The resistor woman was a chef who was serving the bad guys, but was disgusted by how much they ate. As a similar symbol, Ofelia’s father represents the feminine nature as he was a tailor. The sad detail lies where the tailor makes those uniforms in order the military to wear and terrorize the civilians in them.

For the extreme masculine Vidal, the closest feminine figure, Carmen is solely the mother of his son, rather than a wife. There is no love hinted between them. He even prevents her from doing anything with her body, as if he owns any subject under his roof. Don’t walk, don’t get out of the bed, just give birth to my son. But the baby in the womb makes Carmen sick. The cruel force puts destructive seeds in the creative nature and ruins it for good. 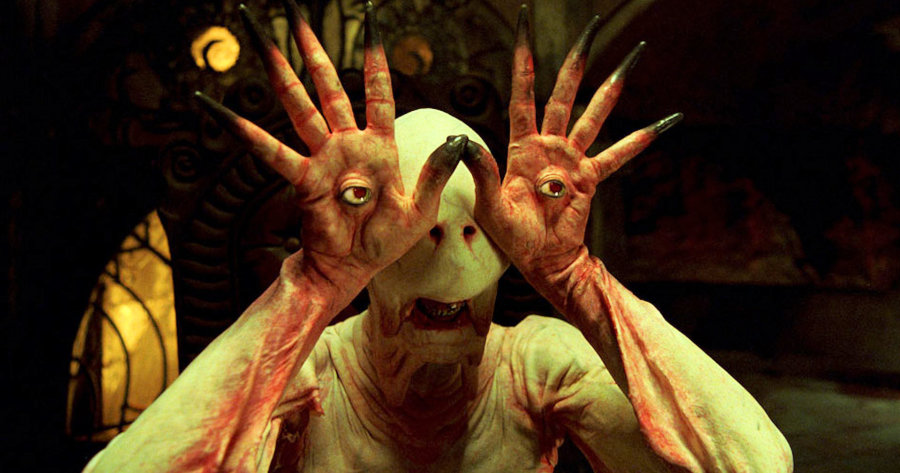 There are Pale Man and Toad as villains, as well, but they both are Vidal in the end. The Toad, who is greedy, filthy, and eats everything, rules inside the tree hollow which looks like a vagina. It symbolizes Vidal as he ruins everything by controlling over Ofelia’s mother’s vagina. Pale Man is the second monster with eyes in his palms, who is has a banquet laid out on the table. They both sit at the same side of the table as Vidal, and they both see and eat everything. Ofelia beats the Toad by feeding it with a killing insect. Soon after, she defeats Vidal by making advantage of his drinking habit.

Ofelia goes through her subconscious to defeat her monsters, but it is a literal one because she descends to the Underworld. There is a fantasy world right below ours, and is a feminine one as the tree hollow resembles a vagina. In the Underworld, there is still hope for the good to win, unlike in the real world. It is how her fairytale begins, as well as her coming of age story as she learns about sacrifice.

The film might seem to give Ofelia a happy ending, but definitely not to the audience. It may look like she proved she was the princess and was gifted for her sacrifice, but she lives happily ever after with her family in the paradise. She couldn’t find peace nor hope to survive in the real world, and so she had to escape. This is what the director leaves us with: a child dies because of our dark real world.