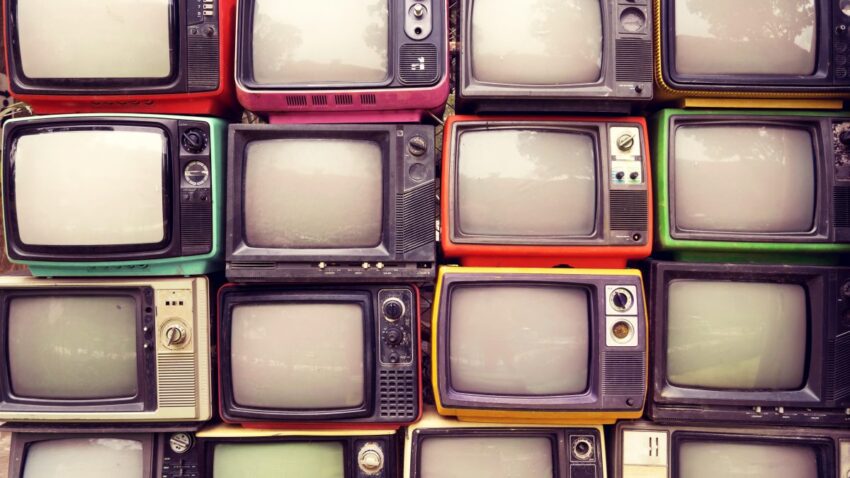 Television, in terms of the cultural and industrial institution, has been involved in the texture of our lives since it first allowed people to see the singers whilst listening to them. The television set happened to be the bearer of various meanings and the supplier of several needs since it arrived in households as a radio with images until it became the “smart” member of the living rooms. Television allowed conversations around spectatorship and reflected how people’s needs change in time with the advancements in technology. In the last decade, broadcast television seemed to have engaged in a rivalry between not only streaming services, but also social media platforms; and the odds did not seem to be on its side. Its competitor’s global expansion was found “unlikely to extend very far beyond the urban middle classes” due to its infrastructures (Lobato, 2019). Yet, a study last year revealed that the number of television viewers was declining, and also those who still were watching traditional television were watching less (Clark and Weir, 2019). This paper examines the changes in television habits under the effects of streaming services and social media platforms, pointing to a downfall in its popularity. It furthermore investigates the impact of the recent health crisis, suggesting that the “death of television” is not yet to come as long as the old set keeps up with its younger, more dynamic, and more interactive competitors.

Television’s Role Since the Pandemic
However, since the recent pandemic, broadcast television seems to have established its reign back, and its rivalry with streaming is suspended while the two thrive together. The demand for television-the-set increased significantly: NPD Group’s research reveals that big-screen television sales were up by 53% over the first half of 2020, and by 77% in April-June, compared to a year ago (Snider, 2020). Between the second and fifth months of the year, total traditional television consumption increased by 24%, compared to the historical monthly variation in consumption of around 2% (Advanced Television, 2020). The same data reveals that people seemed to have returned to traditional television habits during the global pandemic to follow news channels, which reported an over 80% increase in their viewings. The emerging rival of television, YouTube, is proven to be less reliable during the pandemic, according to the study that reveals: “Over one-quarter of the most viewed YouTube videos on COVID-19 contained misleading information, reaching millions of viewers worldwide” (Li, Bailey, and Huynh, 2020). Not only for following the news, but television also became the escape point for people under quarantine.
As consumers spend more time at home, televisions also serve as a refuge for people during the pandemic. Television became a more important entertainment source after “movie theaters, malls, and restaurants have transformed from sites of leisure into potential sites of disease transmission” (Herman, 2020). Even though major movie studios delayed new releases, music festivals got postponed, and sports leagues suspended, broadcast television and streaming services kept thriving as people’s almost sole options during their leisure time. The daily, news-driven, unscripted, and late-night shows are the first ones to be affected but argued to be the easiest to adjust (Herman, 2020). For instance, Jimmy Kimmel Live! announced right away the health crisis that they will temporarily suspend the live audience, but air dates will not be affected as the show will continue to film as scheduled (Porter, 2020). The certainty of television attracted the consumers, as 66% of respondents to a poll said they were “less likely to cancel their cable or satellite subscription because of the coronavirus pandemic” (Shevenock, 2020). The consumption of streaming services also increased significantly. The CEO Reed Hastings reported that Netflix had signed up 16 million subscribers in the first quarter of 2020 – of 9 million subscribing following quarantine in March – and the company gained 10 million more subscribers in the second quarter to reach 193 million subscribers worldwide (Kafka, 2020).
As production on sets around the world has stopped under quarantine, the consumers were worried if streaming services will run out of content, but it seems that such will not be an issue. Ted Sarandos, Netflix’s Chief Content Officer who recently was promoted to co-CEO, tells that more than 200 projects continue to be worked on remotely as they were “either complete and ready for launch or in post-production when filming stopped” and that the company has titles already planned for the next 12 months (Alexander, 2020). The big production companies such as Disney, Warner Bros., Sony, Universal, and Paramount, shifted from theatrical releases to digital exclusives for some movies, therefore feeding the streamers even more. On the other hand, network and cable services stopped “even currently airing seasons short after just a couple weeks into the shutdown” as the scheduled episodes cannot be filmed (Tassi, 2020).
Nevertheless, the flow of broadcast television doesn’t seem to be interrupted due to the health crisis, as reruns are tolerated. As Derek Kompare poetically puts it: “Television … is not a window onto the past, somehow “open” to let the past in. Rather, it is an engine that produces and reproduces time. The commodity of time flows through daily schedules, syndication contracts, DVD box sets, and the same old shows that I enjoyed a quarter-century ago. Moreover, while this time is certainly made up of hypothetical futures and more concrete presents, it also substantially constructed out of recycled time, that is, “bottled” time sold and repeated again and again. In short, reruns” (2004). The nature of television being structured around repetitive content ensured the continuum of the flow after on-set productions were suspended during the pandemic. The networks that fail to fill their fall programs with new content acquire rights to shows previously aired elsewhere (Johnson, 2020). Johnson claims that reruns became a greater part of television experience: “The countless podcasts and YouTube videos devoted to guiding viewers through a series rewatch or other repetition experiences demonstrate that television culture is no freer of the rerun now than it was in when local broadcast stations made the bulk of their programming decisions by selecting from series available to repeat in syndication” (2020).
Similar to any other setback television faced during the pandemic, the advertising industry also managed its style according to the global agenda. The commercials had to adjust themselves to the changed concerns and priorities of the consumers. Nevertheless, the pandemic rendered quite many consumers unemployed, in grief, and stressed, which would most likely reduce interest in new products. Still, some companies figured ways to put their brand in sight of consumers while seemingly caring about the pandemic. Recently, the consumers come across commercials like Verizon’s “We are here, and we are ready;” McDonald’s “We’ll be here;” Uber’s “Thank you for not riding;” and many others’ notices about donating money (Gilbert, 2020).

Takeaways From the Pandemic For the Television Industry
While streaming services and broadcast television benefited from the pandemic, the crisis pointed to some unjust aspects of the society. One of the systemic inequalities that became visible around the pandemic was embedded in the US healthcare system, which impacts the most oppressed, marginalized, and vulnerable populations and, generally, people of color (Ray and Rojas, 2020). The same study reveals that these communities did not always have the means to follow precautions like social distancing or working remotely as these groups are “overrepresented among grocery workers, restaurant workers, cleaners, and transit drivers.” Another study shows how gender inequality also became visible during the health crisis as “women have disproportionately large shares of low-paying service jobs, as well as part-time and temporary jobs and dominate in informal work arrangements” globally (Schalatek, 2020). While digital connection gained importance, it is revealed how some communities do not always have access to such technology. Activist Aradhiya Khan shares that while the transgender community members generally live together, many lack devices to benefit from online support systems (Anwer, 2020). The fact that these communities are suffering more because of the pandemic has a direct effect on the overall fight against the virus, as this is not a situation where every man is for himself. The global crisis requires cooperation among people and countries.
The pandemic showed that all countries needed to take the right measures toward normalization and to reopen international travels, for instance. From this aspect, the crisis offers a feeling of globalization and unification. Such nature of the crisis gave hope for tackling global warming, as well, as it pointed to the coordination problem: “the efforts of any one individual will achieve nothing to mitigate the risk unless accompanied by efforts from many others” (Comerford, 2020). Before the crisis, the consensus was that people would not participate in radical changes that would disrupt the way economy and business run (Hofielen, 2020). With the new thinking, the power of media and government cooperation is believed to be the key for people to respond appropriately to any global crisis (Comerford, 2020). The desired kind of cooperation can be most effective in broadcast television due to its political inclination, where conversely, its polyphony defines social media.
Nevertheless, the pandemic also established the importance of online communities. Therefore, the networks still need to intensify their communication with social media platforms, as mentioned earlier. The feeling of belonging to communities and engaging in quality interactions seem to be a basic human need (Vaughan, 2020). Pursuing them online has become a part of people’s lives since the pandemic, and it is expected this trend to accelerate and continue in the post-Corona world with people becoming increasingly comfortable with online interactions (Anwer, 2020). Many social media groups focused on the health crisis and are working as online support groups that share accurate information on the pandemic and improve mental well-being (Anwer, 2020). These growing online communities have global concerns, which amplify their power and make them more inclined to cooperate. Not only socially, but scientists point to how the pandemic highlighted “science’s global nature and the power of sharing ideas freely and widely,” with many open access publications, allowing international collaboration to reach global expertise (Turner and Roberts, 2020). While the world got small, people became more interested in watching international productions.
Netflix CEO Reed Hastings revealed in an audio essay for the BBC that throughout the pandemic, subscribers have been watching more content from other cultures and countries. This partly stems from the overall increased screen-time, but indeed, he adds: “In part, it’s because we’re discovering that the more global we become, the more important it is that we work with local, diverse creators to tell local, authentic stories that speak to us all” (Kanter, 2020). Therefore, one might see the crack in this crisis through which light enters. A more globalized world is more inclined to get to know other cultures and cooperate. Television will most probably maintain its importance in our lives to bring the far lands nearby, especially during the quarantine where it seems to be the utmost entertainment option between our four walls.
Television seems to fulfill people’s needs during the health crisis after having left with it as one of the few entertainment mediums and as a connection with the world outside our walls. The pandemic not only helped television keep its viewers from fleeing, but it also showed how it could help gather communities toward certain goals. Especially if the traditional television adjusts itself to the digital world and makes use of the online communities, it can prevent itself from slowly fading out of our lives. It might look different and provide a different experience for the viewer compared to the last decade; however, the “death of television” does not seem likely, perhaps due to the recent health crisis.