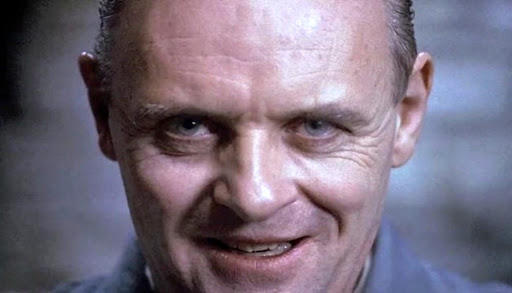 Probably because I’m into creative writing, Masterclasses believe I am the perfect candidate to enrol in these online course and they keep popping up as ads. In one of them, a distinguished writer advises to write the villain first, as it will define our hero.

Think about it, it makes sense. The villain stands for the rejection of all the morals our hero will attain by the end of their story. In line with this, The Silence of the Lambs stands out by having deep and complex characters. Maybe, Thomas Harris wrote the villain first while writing the novel in 1988. The story was so impactful that was made into a movie three years following its publication.

The film is directed by Jonathan Demme, and stars Jodie Foster and Anthony Hopkins. Aesthetically, the close-ups and shots that zoom in to the important details reminded me the work of Alfred Hitchcock. Like Hitchcock’s thrillers, The Silence of the Lambs was a big success, too. The film has won five Oscars at the 64th Academy Awards, including for actor, actress, and director. The adaptation is a very powerful one and I cannot believe I haven’t seen it before. Better late than never, I was stunned by every aspect of it.

The unforgettable Dr. Hannibal Lecter is not the villain of the film, but the mentor. He is behind the bars and very dangerous, but ends up helping the hero. He is the charismatic killer that you hate to love. Before Clarice meets him, they constantly remind her what he did and that she should not ever forget what he is: a cannibal. Yet, as if he casts a spell on her and the viewer, we forget. By the end of the film, we are charmed. The powerful close-ups play a major role in the identification process. We are immersed in his hypnotizing eyes. How can you root for a cannibal? If the character is cleverly written and played by Anthony Hopkins, I guess you can.

The real villain of the story is Buffalo Bill. He is a disgusting psychopath who kills “big girls” and skins them to knit a dress for himself. Because, even though he is a male, he longs for becoming a female. Dr. Lecter suggests that he might be rejected for a gender reassignment surgery due to his psychologic condition. Therefore, Buffalo Bill creates the female skin he desires to live in, by collecting them from his victims. Even after all these information, he is not that easy to despise given his background story. First of all, he has an adorable poodle called “Precious,” and having a pet is always a plus. As he hates himself in his own skin, we kind of feel sorry for him.

Which brings us to our hero, Clarice Starling, who is defined by everything that he longs for: She is an attractive cisgender female. The frustrating part must be that she doesn’t even care about the way she looks. She is an FBI agent under training and only cares about being good at her job. We don’t see her in any love relation throughout the film; because as you might have noticed, Hollywood doesn’t like it when women are independent and successful. So, these women have to achieve their goals at the expense of love. At least, this was the case in the early nineties.

It is suspenseful and a great mixture of horror and mysterious investigation. The Silence of the Lambs gives you the chills. Even in the end, it doesn’t provide a peaceful solution to all; it bites. The spirals of cause and effect with very deep characters holding complex backgrounds render the movie so good that we speak of it as a masterpiece. Its effect didn’t diminish a bit almost thirty years after its release.