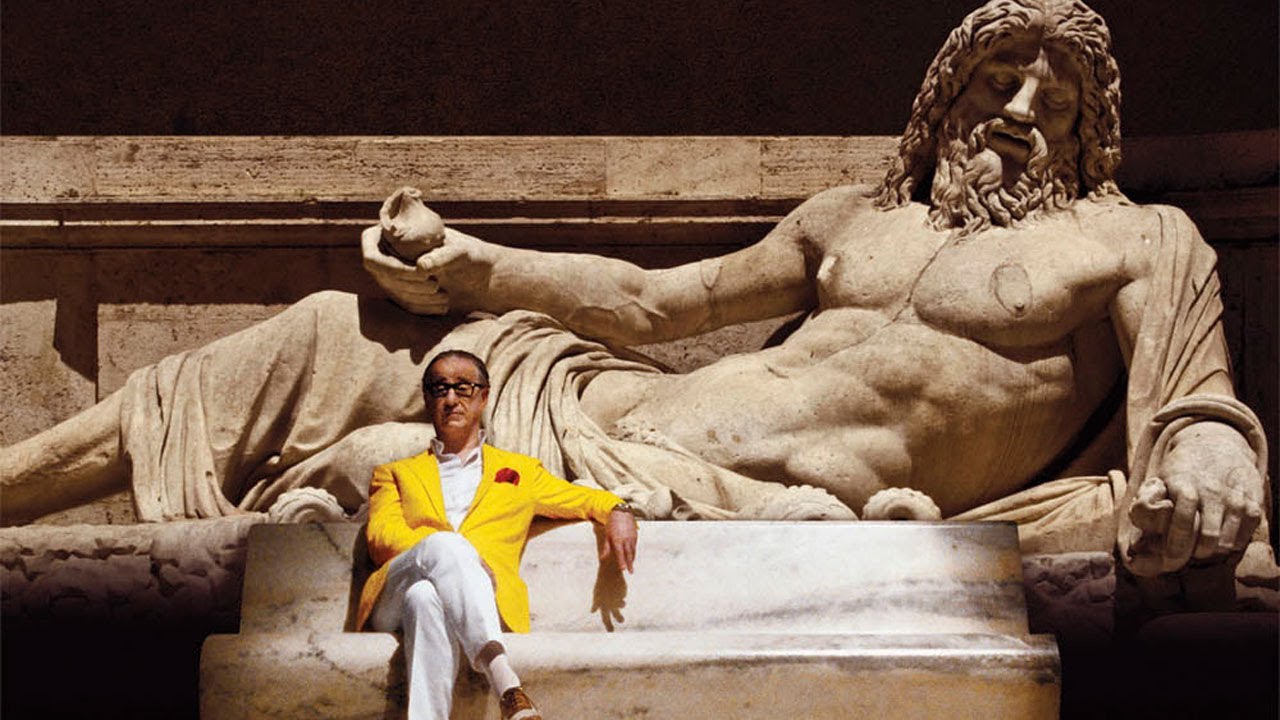 La Grande Belleza is a beautiful movie, both humorous and tragic, bringing the viewer to Rome’s extravaganza. The film is considered Paolo Sorrentino’s masterpiece, which won the Academy Award for the Best Foreign Language Film. The director seems to be inspired by Fellini’s La Dolce Vita in the sense that the film depicts the most exquisite to show the rottenness underneath.

Jep Gambardella (Toni Servillo) celebrates his 65th birthday with a fascinating party where everyone is dancing and having fun. I ran into a video of the party scene a while ago almost randomly, and I knew I had to figure out which film it was from and watch the whole thing. I’m linking you to the video here so that you know how I felt.

Jep owes his glamorous life to the novel he wrote in his twenties. “The Human Apparatus” is considered a masterpiece even after four decades pass, and the writer fails to bring forth another work. He is charming, so he is a beloved member of the Roman high life. He had taken advantage of the flashy nightlife with the artists’ society until his 65th birthday, after which he takes a step back to reminisce about the past and question his lifestyle.

“Nostalgia is the only feeling left for those who have no faith in the future.”

The film is a spectacle of Rome, depicted as this exotic and just charming beauty. Especially for the ones who miss traveling during these months, the film takes you to the face of Rome that you probably have never seen. When the characters dance to the song “We No Speak Americano,” you feel the Italian pride, which openly tells that they don’t need Americans, while the film shows how they do everything better and more beautiful.

“I’m not a misogynist, I’m a misanthrope.”

As the camera captures the most beautiful places in the city, the main character explains how everything is a facade when you are not authentic about who you are. Jep casually says that he doesn’t like people, maybe because he spent a lifetime lying to himself with other people who indeed lie to themselves and each other. He starts to regret not settling down or having kids. Jep blames Italian society as well as himself when he notes, “the best people in Rome are the tourists.”

The director narrates the opening sequence of the film in this video. It gives insight into how detailed he thinks about framing and the camera movements. Sorrentino meticulously captures the Italian glamour, and the whole film ends up being “the great beauty.”

Jep’s awakening is a wake-up call for the viewer who thinks money, fame, and extravagant joy are key to happiness. The film bears a torch about how to live life. He lives in the best parts of the most stunning city imaginable, but it means nothing without strong bonds with other people. We are only passing through in this life, and the only thing that matters is to share the beautiful moments with the ones we love.