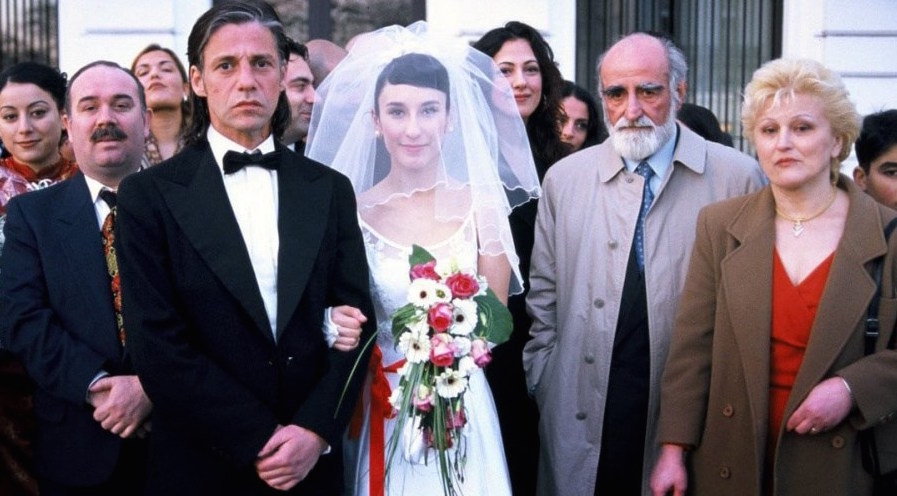 Although he doesn’t consider himself as a director of the Turkish cinema, Fatih Akın is undoubtedly highly utilising Turkish elements in his films and Head On (Gegen die Wand) is not an exception. Even though the film circles around two young characters, Sibel (Sibel Kekilli) and Cahit (Birol Ünel), and their distorted marriage, the film draws a clear image of the Turkish people in Germany, their lifestyles, ways of embracing their culture and the huge gap between the two generations.

The older generation is portrayed with Sibel’s parents in the film. This generation moved to Germany when they were younger but they couldn’t (or didn’t) get adapted to it genuinely. As they couldn’t feel that they belong in there, they embraced their culture in an excessive manner. This is clearly expressed at the “asking for the father’s hand” scene. The house is furnished with all Turkish details, from carpets to laces. They somehow created their own Turkey, in Germany.

Sibel’s father asks in particular if there is alcohol in the chocolate, because religion is the most solid element they depend on in order not to feel lost in the German context. We can see the same concept of dependence to religion at the bus scene where the driver kicks Sibel and Cahit out because they are “misbelievers”. This generation speaks Turkish and doesn’t speak German unless they have to. They live in Turkish neighborhoods and they are surrounded with Turkish people, thus one can hardly say that they experience Germany the way it actually is. 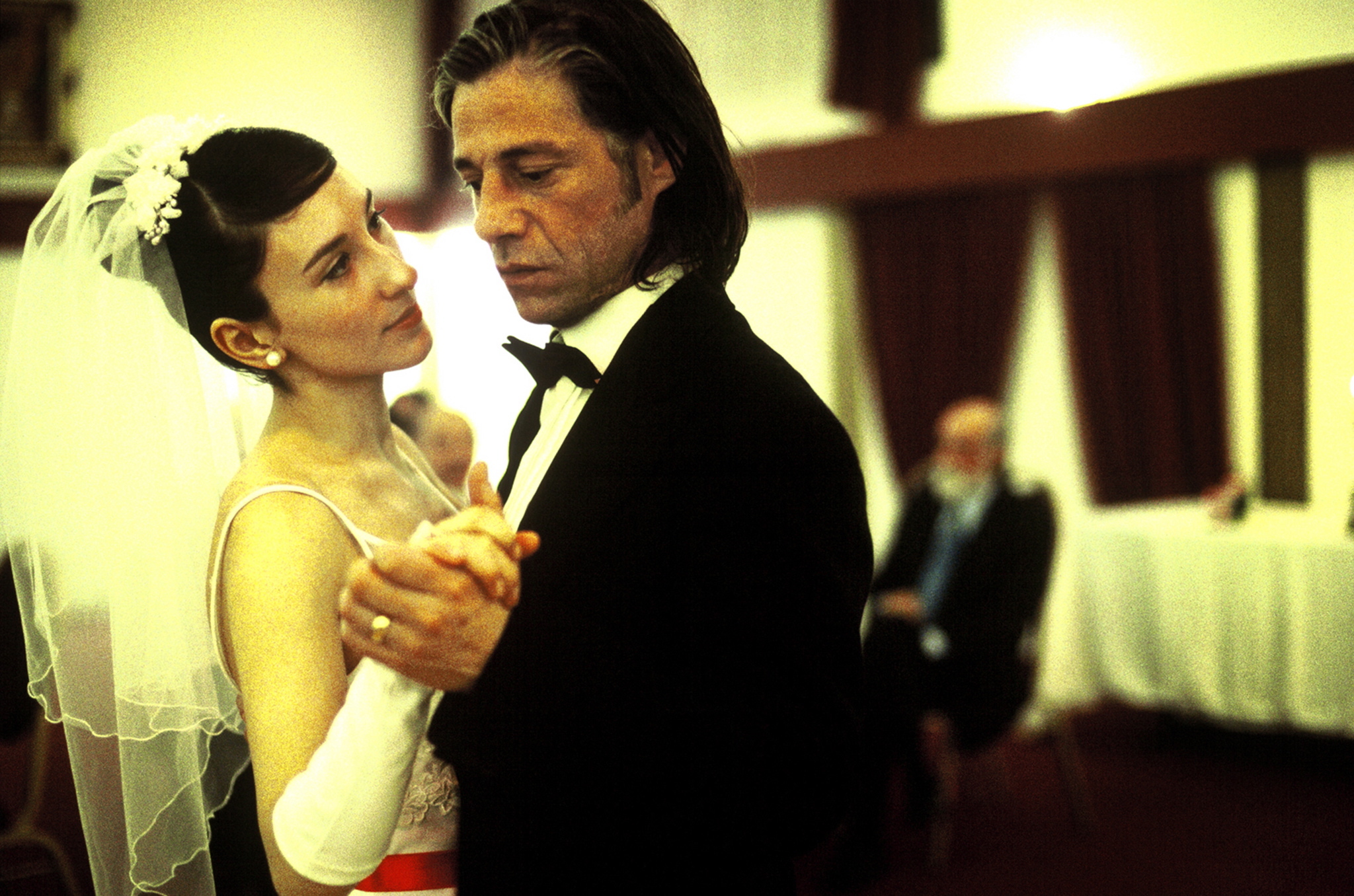 The younger generation of Sibel and Cahit, on the other hand, is the generation that was mostly born and raised in Germany, thus they are somehow in between. Indoors, they were raised within the Turkish culture that was regenerated by their parents. However, they are a part of the German context in terms of social life. They are used to the German culture and the habits of its youth, such as going to a bar for drinks or having casual relations with other people. It is significant that Cahit even can’t speak Turkish properly; he is highly isolated from his origins.

This generation consists of the youth that is forced to find a way to keep the balance between their outside reality and family boundaries. However, the Turkish culture is not necessarily a negative, limiting, binding concept in their lives. For instance, they make advantage of the sacredness of the institution of marriage in the Turkish culture. No further questions asked, no more paternal rules applied when marriage is the case. For Sibel, it was somehow the door to freedom.

Although they feel more German than Turkish, at their first decent evening like a married couple, they experience it in the most Turkish way possible. Sibel prepares Turkish meals, pours rakı and plays Turkish music at the background. Eventually they both end up in Turkey in order to discover themselves; showing that they feel more “home” in the Turkish context.

Comparing and contrasting these two generations, being an immigrant is portrayed with all its hard edges in the film. The older generation isolates themselves from the nation completely whereas the younger generation seek to find an environment to call their own. Both feel lost independently from how they try to manage the situation of not belonging to anywhere.