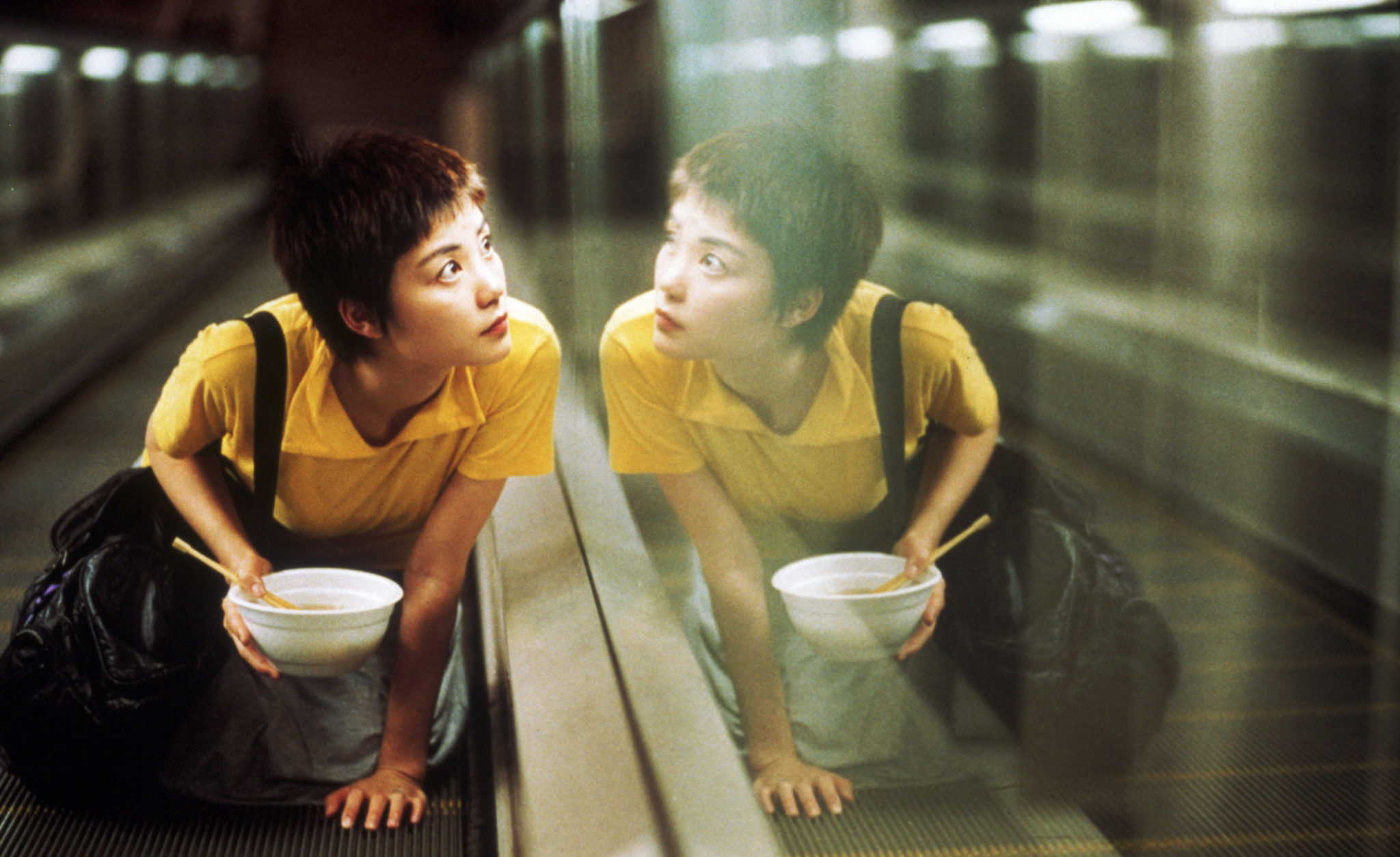 A few years ago, when I told a filmmaker friend I’d study cinema, she suggested that I familiarize myself with the director, Wong Kar-Wai, and his film Chungking Express in particular. So, this post is dedicated to her.

Chungking Express tells two separate tales, sharing the theme of love and loss. The director claims that Hong Kong movies follow cops or gangsters as they are somewhat supposed to be action-orientated. Wong chooses two heart-broken cops to express the shared “human experience.”

The first story is about the young policeman He Qiwu, or #223 (Takeshi Kaneshiro), who misses his ex-girlfriend but is determined to forget about her and open his heart to another love. He meets a mysterious woman (Brigitte Lin) with shades and a blond wig, not knowing she is a heroin smuggler.

The second story is vaguely linked to the first one through a snack bar. This time, the policeman #663 (Tony Leung Chiu Wai) is going through a breakup and doesn’t notice that the waitress Faye (Faye Wong) at the bar is attracted to him. As a result of her obsession, Faye regularly sneaks into his apartment to clean and redecorate.

In addition to the policemen’s uniforms, Brigitte Lin’s character also wears her raincoat, red shades, and the blond wig, almost like a uniform. The director says he is attracted to the idea of it as uniforms give the characters an identity, but it also refers to their effort of being something else. In this sense, the film hints on the “Asian fantasies of America,” as in Lin’s femme fatale uniform and Faye’s obsessively listening to California Dreamin’.

Visuals get ahead of the story owing to the vibrant handheld camera. The cinematographer Chris Doyle is known by physically engaging in the actions and never using a tripod. The technique is slow motion mixed with jump cuts, which creates a dreamlike environment and a beautiful tone and rhythm.

“My ideas about writing changed as soon as I started directing. As a writer, I wanted my scripts to be perfect and fully formed. As a director, I know there are always factors beyond my control. Many things in any film cannot be planned concretely in advance. The best you can do is visualize what you want, and then respond to what’s there once you go on set. Nowadays, I start from a fairly loose script and tend to write the dialogue on the day of shooting.”

Wong admits that he didn’t have a full script when they were filming Chungking Express. He’d write during the day, and they’d shoot at night. He had to improvise while shooting, and adding voice-overs helped him structure the film better. The director also says that voice-overs are essential as “nowadays people are more likely to talk to themselves than to others.”

The film is considered to be one of the defining works of avant-garde cinema in the 90s. Both stories have a melancholy of a lost girlfriend and a poetic idea of love, but they are both very humorous at the same time. If you are interested in familiarizing yourself with arthouse cinema, this would be the right choice of movie to start.