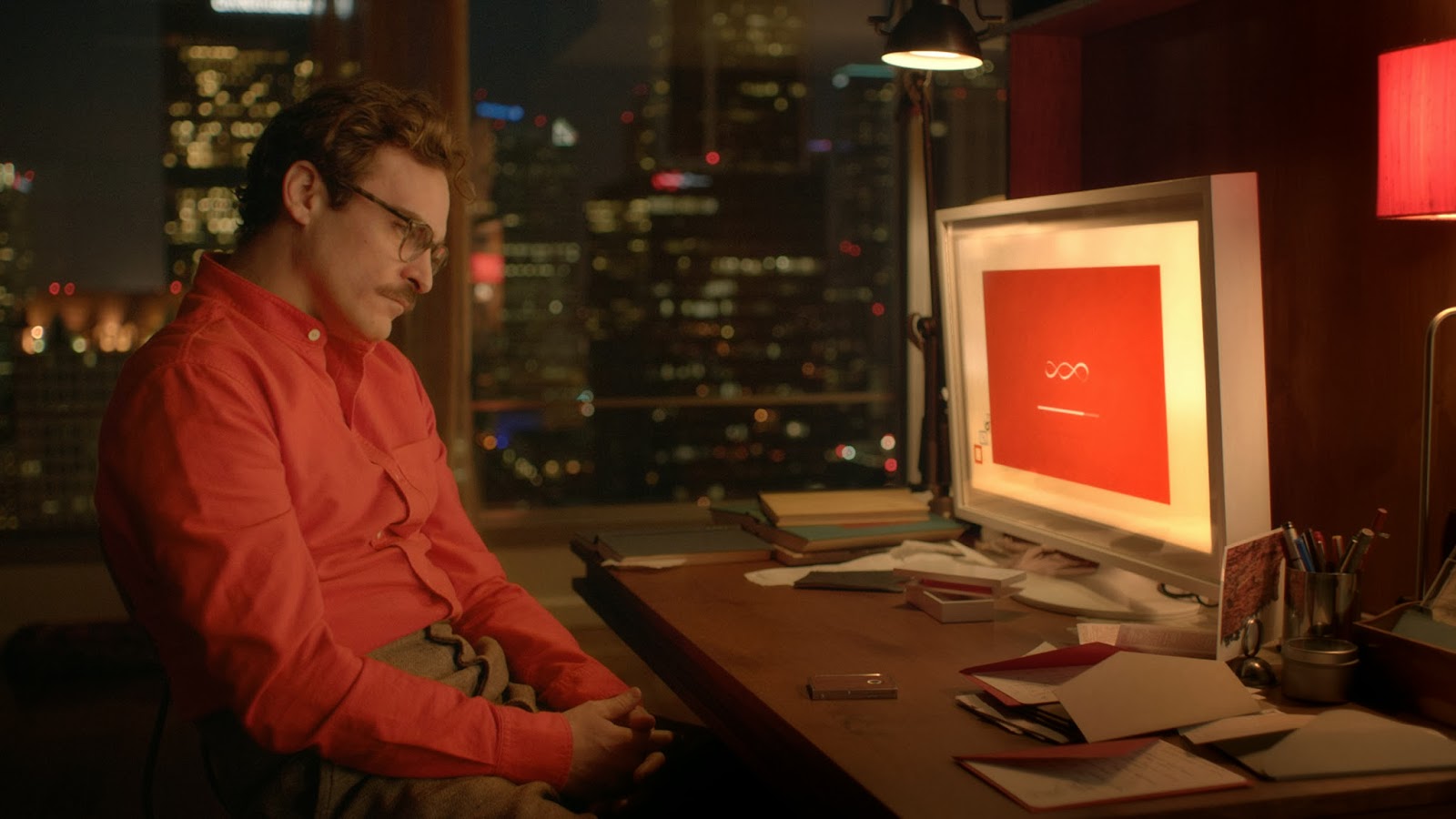 It is crazy how sci-fi movies resemble more and more of our everyday lives today. I had seen Her back in 2013 when it was first out, and watching it once more during the quarantine days definitely ignited different feelings than the first time. The film raised some thinking points for me about projections of the future and our relationship with technology.

Written and directed by Spike Jonze, Her takes place in a futuristic Los Angeles where Theodore (Joaquin Phoenix) develops a relationship with his computer operating system, Samantha (voice by Scarlett Johansson). The film touches upon themes of loneliness and the need for intimacy despite the trend of isolation.

We knew that the world had a trend of creating habits that don’t require us to leave our homes. We got used to online shopping, online games, Netflix&Chill instead of going out… Since the pandemic, we continue our education online, we work remotely, and we even meet people through Zoom happy hours. We managed to fit our lives between the four walls of our apartment, yet the need to socialize is more present than ever.

After all, humans are social creatures. I got the chance to experience it first-hand during these last few months. Toward an isolated life, the first significant difference was remote education. Even though not commuting came in handy, I missed being in the class with my friends, the casual corridor chats, and even simple eye contact.

But, as we had weeks of Zoom classes, I got used to it. I got used to the awkward silences before the screen, the imageless voices, weak or lost connections, and being out of the classroom environment the minute I close my laptop screen. Imagine Theodore, who is from a world where humans have been living isolated lives for years.

They mostly chat with their operating systems and spend their nights in their apartments playing games. Technology is seemingly replaced the need for a company, but the people still need to be loved. Hence, Theodore is a letter writer. He writes letters for those who want their family to feel loved but have trouble expressing themselves. He is paid to express the love of other people.

This is a subject of surrogacy; Theodore is the outside beholder of these people’s loves. He says he has been writing some man’s letters for years now and remembers the time the couple met. Similarly, the surrogate invited to serve as Samantha’s body is willing to stand for another “person,” or let’s say intelligence, for one night. The issue of surrogacy raises some questions around materiality. I’m writing below a quote from Bill Brown’s “Materiality”:

“When critics view media as a threat to materiality, they generally mean that our human experience of materiality has been compromised, and they thus extend paradigmatic claims about modernity, which tend to retroproject some prelapsarian intimacy with the real.”

“Prelapsarian intimacy” strikes me the most in this quote. It refers to how we always need a medium and that it is not a threat to being “real”. Think about it. Especially today, we are mostly bound to the material world to have a connection: I need my phone to reach my family, my laptop to engage in class, my television to see what’s going on out there when I am indoors.

Discrediting Theodore and Samantha’s love just because it is not material might raise the question, what is material anyway? We lack the materiality of a class or an office, but it doesn’t make our education or work any less real. You might think it is weird to fall in love with an artificial mind without a body, but I’ll remind you that there are people in love with their sex robots with plastic bodies and without minds. Therefore vice versa could also exist; why not?

With everything so futuristic in the movie, one theme that caught my attention for being old as history is motherhood. You might call it a subtle implementation of Oedipal complex; Theodore is not interested in any other news but the provocative pictures of a pregnant celebrity. We later see him harshly criticize his mother of turning everything to become something about herself, before doing the same to Samantha. As a protective motherly system, Theodore lets Samantha watch him as he sleeps. It hints his need to be watched over and cared for.

Finally, Amy develops a game where the player needs to be the perfect mother. They shouldn’t give a lot of sweets to the kids not to become a bad mother, and get extra “mom points” when they show off to other mothers while dropping the kids off to school. Even in a distant future, the filmmaker believes women will be materialized and judged concerning their motherhood.

A bit of Hollywood gossip here: Spike Jonze used to be married to the director Sofia Coppola, whose The Virgin Suicides was discussed on this blog earlier. The stylistic similarities can be seen thanks to this mash-up video of Jonze’s Her along with Coppola’s most famous film, Lost in Translation. Both films circle around the feeling of loneliness.

Remember, children in movies tend to represent hope and the future. Notice how the little girl is confused that Theodore’s girlfriend doesn’t have a body and lives in a computer. Adults seem to comprehend and accept the relationship much easier than the child. I interpret this as a message by the filmmaker, meaning relationships with non-humans are against our nature. And having experienced isolation and craved physical connection, we might agree that the projected future might not be satisfying to our social animal nature.